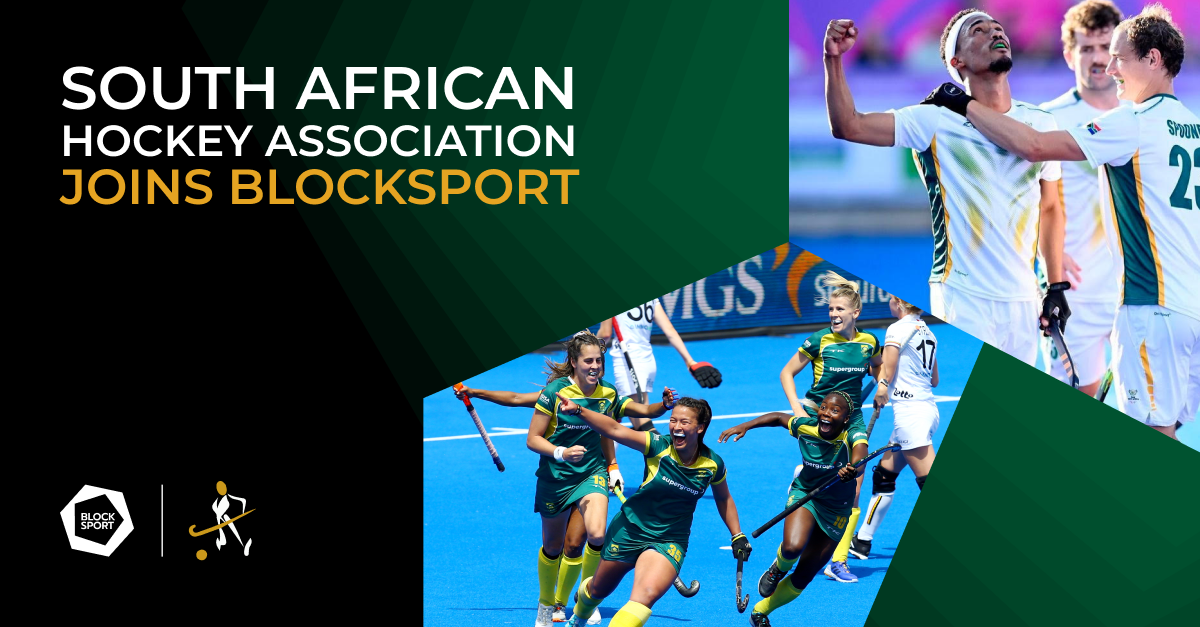 South African Hockey Association signs a long term partnership with BLOCKSPORT AG, a leading Swiss sports tech solutions provider, to create the full digital ecosystem with the launch Fan Engagement App, followed by Fan Token and NFTs as World’s first hockey association to fully embrace the power of blockchain technology and tokenization for the benefit of the South African hockey and South African sport as a whole. This is the world’s first when it comes down to the entire digital ecosystem as many other sports federations have opted for a silo effect by signing up with multiple partners in a way that does not connect the dots.

By signing this long term partnership, SAHA has positioned itself as the first national hockey association in the world to fully embrace the power of blockchain technology, digitalisation, and tokenization. The partnership aims to develop new digital ways for fans to be more involved with the national team starting with the launch of a new interactive app for fans which will see engagement and digitalization go beyond the borders of South Africa and the African continent. It will be followed by the launch and release of SAHA’s NFTs, as well the national team’s own Fan Tokens which will be utility based, hence totally non speculative.

While trading fan tokens might be great, Blocksport brings something a little different to the table. It is currently the only company that offers non-speculative utility fan tokens, specifically designed to drive real fan engagement. Several top-tier clubs and federations are leveraging these tokens to create digital memberships that give fans exclusive perks depending on their membership level. Fans get real value and engagement based on their level, while teams get to build loyalty and cash in on new revenue streams.

“The South African Hockey Association is honoured to have teamed up with Blocksport and we are all excited about the start of this partnership. We are keen to get this new digital fan engagement experience right and help to drive South African Hockey forward. Being one of the pioneers in Africa makes us proud and humbled that we recognised this potential which the whole world is talking about and I am looking forward to the bright future ahead!”

“As a father of three young children aged 9, 11 and 13, two of whom already on the England Player Pathway with the aspirations to play for TeamGB at the Olympics one day, and the third one who started his hockey development only last Sunday with his first tournament which they won, this partnership carries a personal importance to me. Hockey is one of these sports that is incredibly exciting to watch and is played at a huge speed, not dissimilar to handball which I played at a very high level as a junior, and ended up winning the England National Championships as a senior, in the late 90s. It is the sport that is currently undergoing a major positive transformation and an influx of investment in order for it to become both more popular and also more commercially viable with the likes of Nike coming into it and sponsoring a number of Ivy League college hockey teams.

I am very excited about the fact that SAHA has recognised the power of blockchain technology and what it has to offer and has teamed up with us at Blocksport in order to open up new revenue opportunities for their Association as well as further improve fan engagement and offer more value to their existing and future sponsors and partners. I am looking forward to working alongside the team at SAHA driven by the Marketing and Sponsorship Executive Haydn Townsend supported by  its CEO Shaune Baaitjies, both who has clearly recognised the potential and opportunity here and of course, Rebecca Eliot without whom none of this would have been possible.”

“More than one year ago, we set out on a journey with the South African Hockey Association to transform the way fans engage with its teams and players. Like all personalised digital experiences, the new fan engagement platform will be driven by data. Combining data from the game with insights from the fans will allow us to build engaging content and deliver experiences for SA Hockey fans, locally and abroad, and drive new revenues for the sport to further enable our top performing athletes – something that I am very passionate about”.