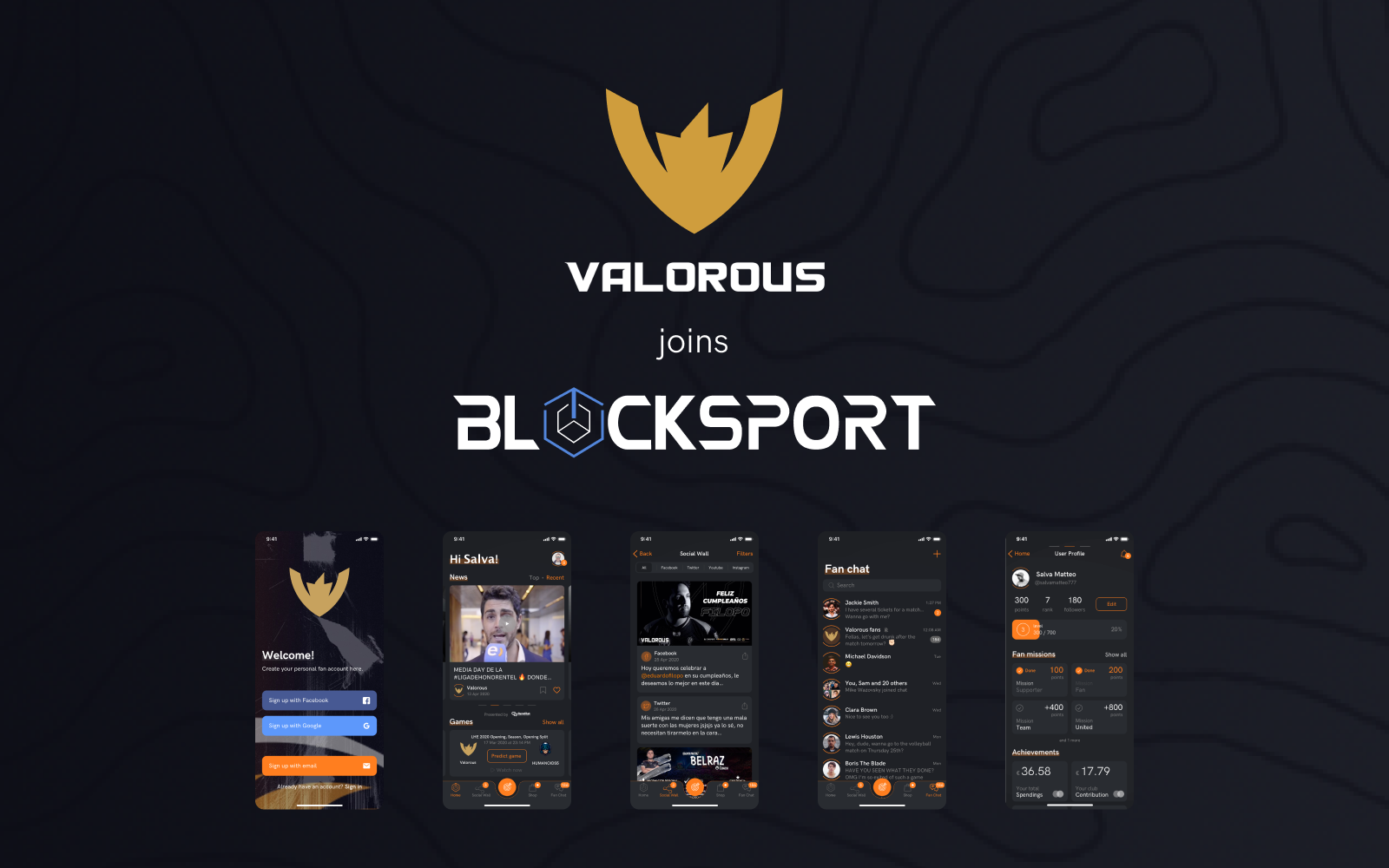 The professional eSports organization Valorous, founded and based in Chile, joins the Swiss-based SportsTech Blocksport to launch its official club app to grow and engage its Latin American fan community.

Valorous is a fast-growing Latin American esports organization with several teams competing at the highest regional level in LVP.

Blocksport will offer Valorous’ fan base a new way to interact with the community, the teams and sponsors. The mobile solution will allow fans to influence club-related decisions and access money can’t buy benefits. Valorous and Sponsors can reward fans with exclusive discounts and unique experiences for their in-app activities and participation in the global community creation.

Vladimir Liulka, Blocksport’s Co-Founder and CEO, says: “We are happy to see Valorous as our client. Blocksport is ready to support Valorous and its teams in fast growth in the Latin America region as well as internationally. I see serious potential in this ambitious club from Chile. They are unstoppable!”

Alejandro Fuentes, COO and Co-Founder of Valorous, comments: “We are happy to work with Blocksport. Valorous will be the first team in Latin America to have its own club app and we know that our fans will be amazed.”