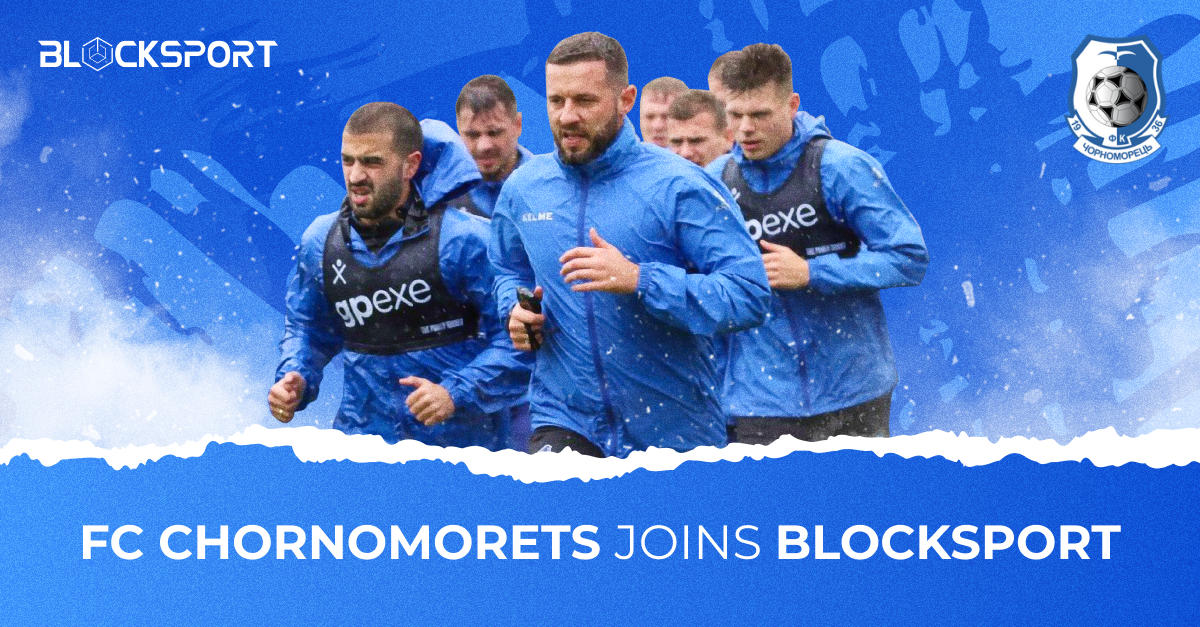 Ukrainian top-tier football club will start its partnership with our company with the launch of an official fan application for all the “Sailors” fans all over the world. The app will be launched soon bring a higher level of fan engagement to all the FC Chornomorets fans.

Blocksport mobile app gives an opportunity not only to get all club services like ticketing, merchandise sale, news, but also provides fan engagement features like gamification through fan missions, fan ratings, predictions, and chats. With fan app, FC Chornomorets fans will have their own digital space.

Blocksport is a Swiss-based SportsTech company that provides digitalization and tokenization in esports and traditional sports. Blocksport already has 30+ partners and is known for Ukraine by cooperation with Metalist 1925 and Dynamo Kyiv, they also have international partners like Empoli FC, Salford Red Devils, and ARIS BC.

FC Chornomorets Odesa is a Ukrainian professional football club from Odesa city. With 2 domestic cups and a big fan audience, it is one of the most popular football brands in Ukraine and currently plays in Premier League. Chornomorets is also known for Igor Belanov – one of three Ukrainian “Golden Ball” winners and participating in Europa League playoffs not long ago.

FC Chornomorets is very optimistic about the app launch: “We are very excited about the partnership with Blocksport. Fan application today is a necessity for a football club. For the past few weeks, our club seriously renewed our strategy of cooperation with fans and application is an important part of it. Club in a smartphone – is today’s trend! Match results, highlights, photos, and news from social media – everything will be available for our fans in one app. Ticketing is also an important feature so everybody can buy match tickets directly in the app. Download and be closer to our club!”

Vladimir Liulka, CEO of Blocksport: “Chornomorets is a well-known brand not only in Odesa and Ukraine, and its fan base needs modern and exciting ways of communication with beloved club. We believe that it will be the beginning of a long-term partnership between our organization and together we will bring new levels of fan engagement and digitalization for all the “Sailors” fans”