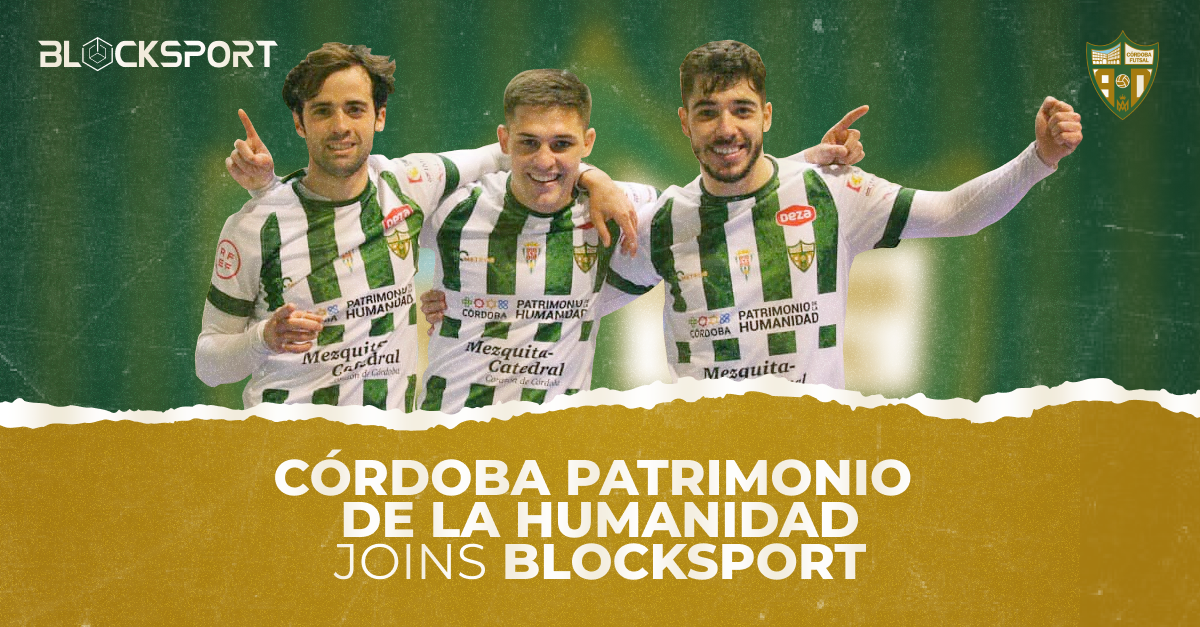 Spanish futsal club from Primera division is on the way to digitalization and tokenization of their relationship with fans together with the Blocksport platform. Cordoba will launch its own fan app with prediction games and sponsors dedicated sections and will later have the possibility to introduce an NFT collection.

The development of a fan engagement ecosystem will help to unite all the fans in one digital space, to receive special rewards for most active fans, and take part in clubs’ life. Fan app will provide fans with gamification features like fan rating, fan missions, predictions, chats – fans can also buy tickets, merchandise and read all the news.

Cordoba Futsal is a Spanish futsal club established in 2013 and currently playing in Primera Division – the first tier of Professional Spanish futsal (the best league in the world). The club plays its home games at Palacio Municipal de Deportes Vista Alegre with a capacity of 3500 people, colors of the club are white and green in the current season the main goal for the future of the club is to finish in the Champions League zone to play against the best European teams in the next seasons.

Blocksport is a Swiss-based SportsTech company that currently works with many European top sports and esports clubs. Blocksport specializes in tokenization and digitalization of fan engagement and relationships between fans and sports organizations. Currently, more than 30 organizations joined the Blocksport platform, among them Empoli FC from Italian Serie A, ARIS BC from Greek Basketball League, FC Dynamo Kyiv and Salford Red Devils – British top-tier rugby club.