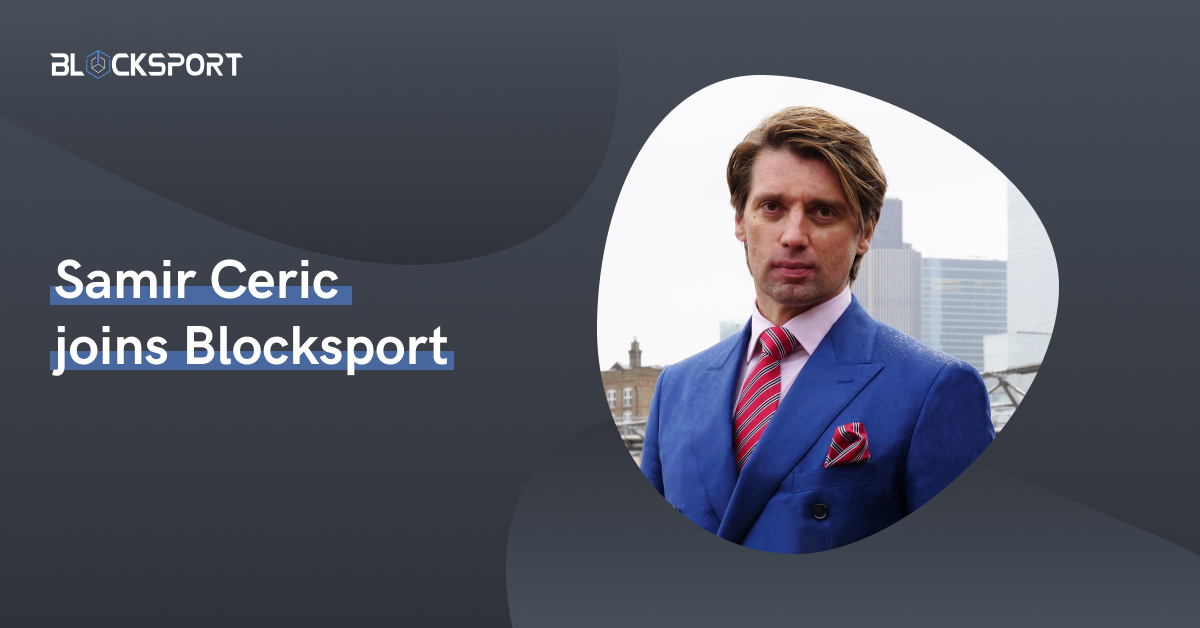 Blocksport is pleased to announce the appointment of Samir Ceric as Chief Operating Officer, who is joining the Blocksport team in an exciting phase of the company’s global expansion plans. Ceric will work closely alongside Blocksport’s co-founder and CEO Vladimir Liulka and the rest of the team with a simple task of helping Blocksport to enter new markets and introduce its unique sports tech solution to clubs and athletes around the world, with the big focus in the Balkans as well as Western Europe and the United Kingdom, considering Ceric is London based. The new COO is a former senior executive of finance, telecom, aviation, and tech businesses, former Chairman of the football club, investor, and entrepreneur with 20+ years of experience in Asia and the Balkans region.

‘It is very humbling and exciting to be joining Vladimir and his team at Blocksport in this very important stage of the company’s growth. None of this would have been possible without our friend and business associate Sam Li, who made an initial introduction and made me aware of the potential of Blocksport a year ago. Having witnessed a huge expansion drive under the leadership of the company’s CEO Vladimir Liulka as well as having realized how unique Blocksport is in the space of sports tech, very early on I picked my ‘loyalty’ with Blocksport above and beyond the industry’s other major players and have a huge belief and confidence that Blocksport will be a game-changer for many top clubs and athletes when it comes down to the opening of new revenue streams as well as their tokenization and digitalization that will enable them all to become more viable, more profitable and ultimately more successful in today’s very competitive sports industry, be it football, basketball, rugby to name a few. I’m thrilled to be on board and am looking forward to the journey ahead. ‘

“We are warmly welcoming Samir to the Blocksport family. This appointment is definitely a milestone for us as our organization is so rapidly growing nowadays and needs to be equipped with the C-levels executives from the Sports industry. I do believe that Samir with his solid experience will bring Blocksport to a new level of its evolutionary development. I am looking forward to work back to back with Samir in 2022 and further.”

Blocksport’s journey continues now strengthened with Ceric’s arrival and we are all looking forward to 2022 and beyond as certain milestones have recently been hit and the journey of 1000 miles is very much underway. Onwards and upwards!