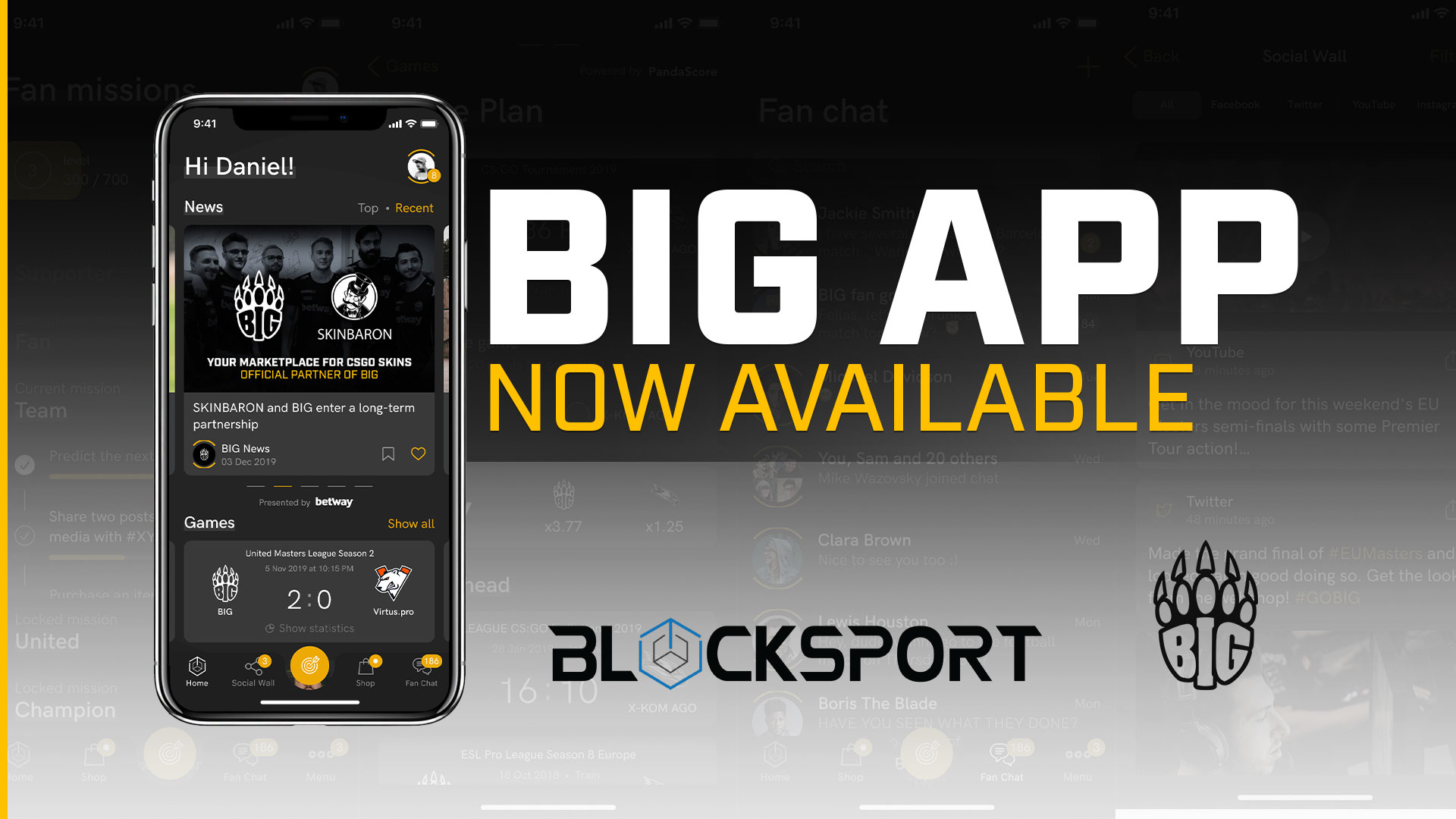 A few weeks ago we have teased the development of an official BIG Fan mobile application. Today, we are excited to announce that the first version is available for download on the Apple App Store! Click here to try it out for yourself!

Developed by Blocksport, an innovative Swiss-based SportsTech and BIG’s partner for digital transformation, the brand new app provides with everything fans needs on their phones. Never miss out again on the latest BIG news, get live match updates, touch exclusive content, access a shopping section, chat with BIG fans and much more from BIG’s favourite players!

Get the app on your iPhone and explore all its amazing features:

Statement Balázs Lengyel, Chief Digital Officer
The BIG Fan mobile application is an important milestone for us from both fan engagement and promotional standpoint. Having a hub where our fans have direct access to us, are able to follow the latest news, look for upcoming games of the team and participate in fan games is currently a new frontier in esports where we are planning to take the lead. We want to be a BIG fan to be a rewarding experience, which is something our new mobile platform will play a significant part in achieving. I’m looking forward to continuing building our connection with our fans with such a powerful tool on our side!  Although the application is only available for iOS as of now, we will be expanding to Android in the near future, as well as adding multiple new features for our fans.

Although the application is only available for iOS as of now, we will be expanding to Android in the near future, as well as adding multiple new features for the fans. Support and feedback can be sent to support@blocksport.io.

Berlin International Gaming, worldwide known as BIG, is one of the most successful European esport organizations. The German club currently employs teams and players in the titles League of Legends, Counter-Strike: Global Offensive, Quake Champions, FIFA and Trackmania. The flagship of the organization is the most successful German Counter-Strike: Global Offensive team around team captain Johannes “tabseN” Wodarz.

With millions of spectators and crowded arenas, Counter-Strike is one of the hottest and most prestigious titles in esport. Since 2017, the German team has been able to establish itself among the world’s top teams and celebrate numerous respectable successes. Besides winning the German championship in the founding year, the numerous fans remember the second place during ESL One Cologne inside the Lanxess Arena until today.

At the FACEIT Major in London’s Wembley Arena, the world championship in CS:GO, the team was able to secure legendary status for the second time in history, which is awarded to the top 8 placed teams. BIG also competes in the ESL Pro League, the most prestigious international league.