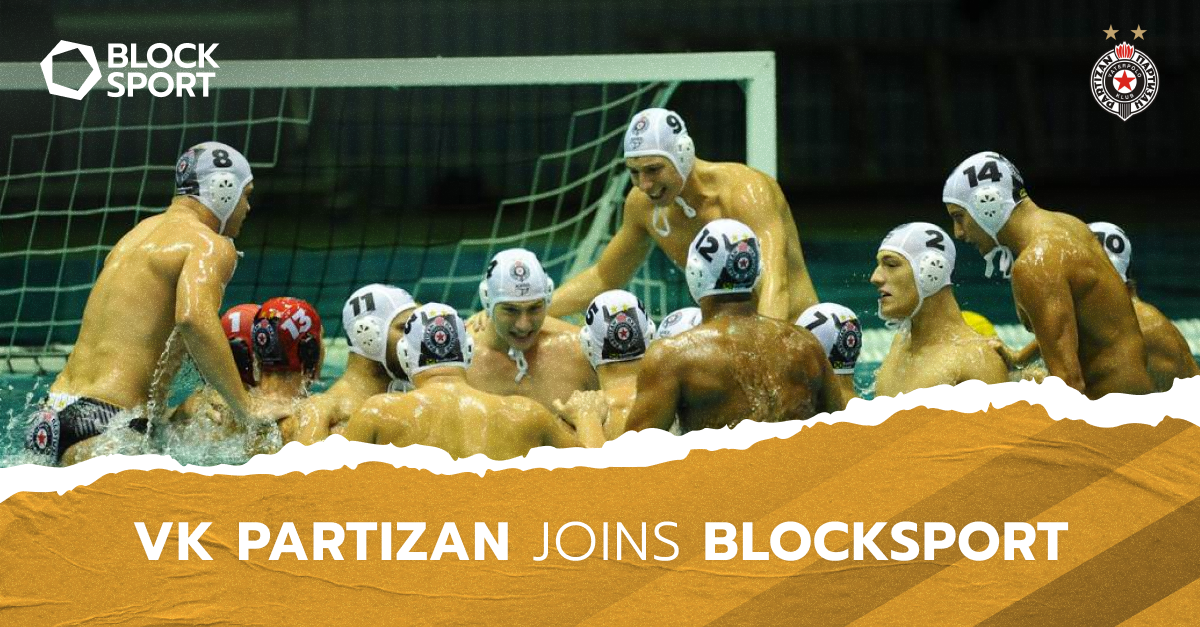 The second most successful water polo club in Europe of all times, Vaterpolo klub Partizan (VK Partizan), with seven European champion titles, 27 national titles and 24 Cup titles, is the first water polo club in the world fully embracing the power of blockchain technology, digitalisation, and tokenization by signing a 5-year partnership with Swiss-based Sports Tech company Blocksport. Following in the footsteps of Partizan BC, this partnership with the club with rich history whose players helped Serbia and Yugoslavia win many gold medals at the Olympics, European and World championships, VK Partizan starts a new journey and breaks away in the direction that is making it the market leader off the ‘pitch’ (water polo pool arena).

By signing this 5-year partnership, VK Partizan has positioned itself as the first water polo club in the world to fully embrace the power of blockchain technology, digitalisation, and tokenization. The partnership aims to develop new digital ways for fans to be more involved with the club starting with the launch of a new interactive app for fans which will see engagement and digitalization go beyond the borders of Belgrade and Serbia. It will be followed by the launch and release of VK Partizan’s NFTs, and eventually their own Fan Tokens which will be utility based, hence totally non speculative. VK Partizan produced some of the world’s most successful water polo players and dozens of Serbia national team players too including the world’s best water polo player of 2021, Filip Filipovic, awareded by FINA, the international governing body for 6 aquatic disciplines, and presented at a gala at the Hilton Abu Dhabi Yas Island Hotel on 17 December 2021, in conjunction with the World Short Course Swimming Championships (https://swimswam.com/fina-honors-maggie-steffens-filip-filipovic-as-2021-best-water-polo-players/). 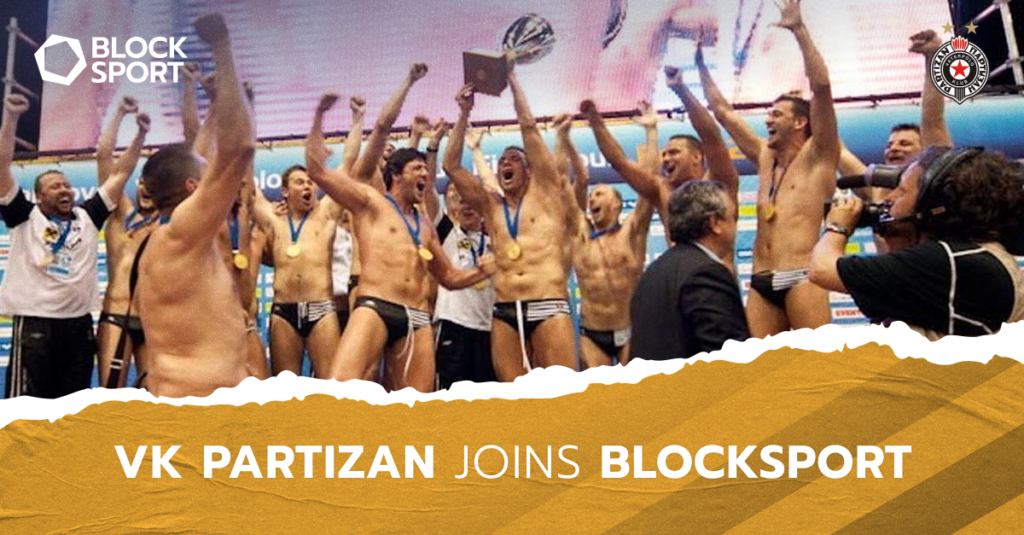 “Partizan VK is very proud to be recognized as a partner of such a respected company.  Furthermore, we are looking forward to explore the world of digital products and cannot find a better partner than company Blocksport. Best of luck to all of us!”

“Partnerships like this have big importance for Blocksport when it comes down to looking at sports other than football where the spending power is huge. Waterpolo is a space that in our view is massively undervalued. Also we are well aware that Serbia and the whole region is full of talent and potential and with our third sports club now on-board, we are very optimistic about the prospects and potential behind these partnerships. I am looking forward to the development of our relationships and Serbia and beyond and am looking forward to the next steps. Waterpolo and Serbia stand for Top of the World in this sport for years and decades now and we could not have started with a better partner than VK Partizan. ”

“With so much recent development in Serbia, I am thrilled with the latest partnership knowing that Serbia and VK Partizan have made the water polo history on a global level already. Being a part of a new history making with the blockchain and digital solutions behind this highly celebrated water polo club is an incredible feeling and none of that would have been possible without the forward thinking senior management of the club. Hence I take this opportunity to highlight the fact that they have recognised the huge potential behind digitalisation and commercialising of the club and similar to how Serbia has become one of the major tech nations, the Serbian sport is now following in the similar footsteps. I cannot wait to see the launch of VK Partizan’s own Fan App and NFTs behind some of the golden generation of the water polo world and the club’s historical winning moments too.”

VK Partizan is a professional water polo club based in Belgrade, Serbia. VK Partizan is one of the sports clubs in Serbia that is part of sport society Partizan. As of 2021–22 season, the club competes in the Serbian Water polo League A, the highest level of men’s water polo in Serbia, organized by the Water polo Federation of Serbia. With seven European champion titles (the last in 2011 against Pro Recco), VK Partizan is the second most successful European team in water polo history along with Mladost, and behind Pro Recco with nine titles, 27 national titles and 24 Cup titles. VK Partizan produced some of the world’s most successful waterpolo players and dozens of Serbia national team players too including the world’s best water polo player of 2021, Filip Filipovic, awareded by FINA, the international governing body for 6 aquatic disciplines, and presented at a gala at the Hilton Abu Dhabi Yas Island Hotel on 17 December 2021, in conjunction with the World Short Course Swimming Championships (https://swimswam.com/fina-honors-maggie-steffens-filip-filipovic-as-2021-best-water-polo-players/).

Blocksport is an innovative Technology provider providing solutions for the sports industry. The blockchain- focused Sports Tech was founded in 2019 in Zug, Switzerland. Today, the company’s flagship product serves over 40 clients globally and among them top clubs including Empoli FC, Dynamo Kyiv, OHL, Metalist, Partizan BC, Red Star RLC, ARIS BC, Cordoba Futsal, KMF Ekonomac, to name a few.